A benefit concert for the Rachel Corrie Foundation. We are excited to announce the partnership with Neil and Tamara Caulkins in our goal of raising $2,000. We are asking for a suggested donation of $25 per entry, but we don't want money to prevent anyone from attending - donate whatever you can. The more the merrier as we enjoy Neil & Tamara's performance! No matter what you give, your experience and entry will be the same! All monies will benefit the Palestinian Cultural Palace, one of many Gaza Projects RCF supports. 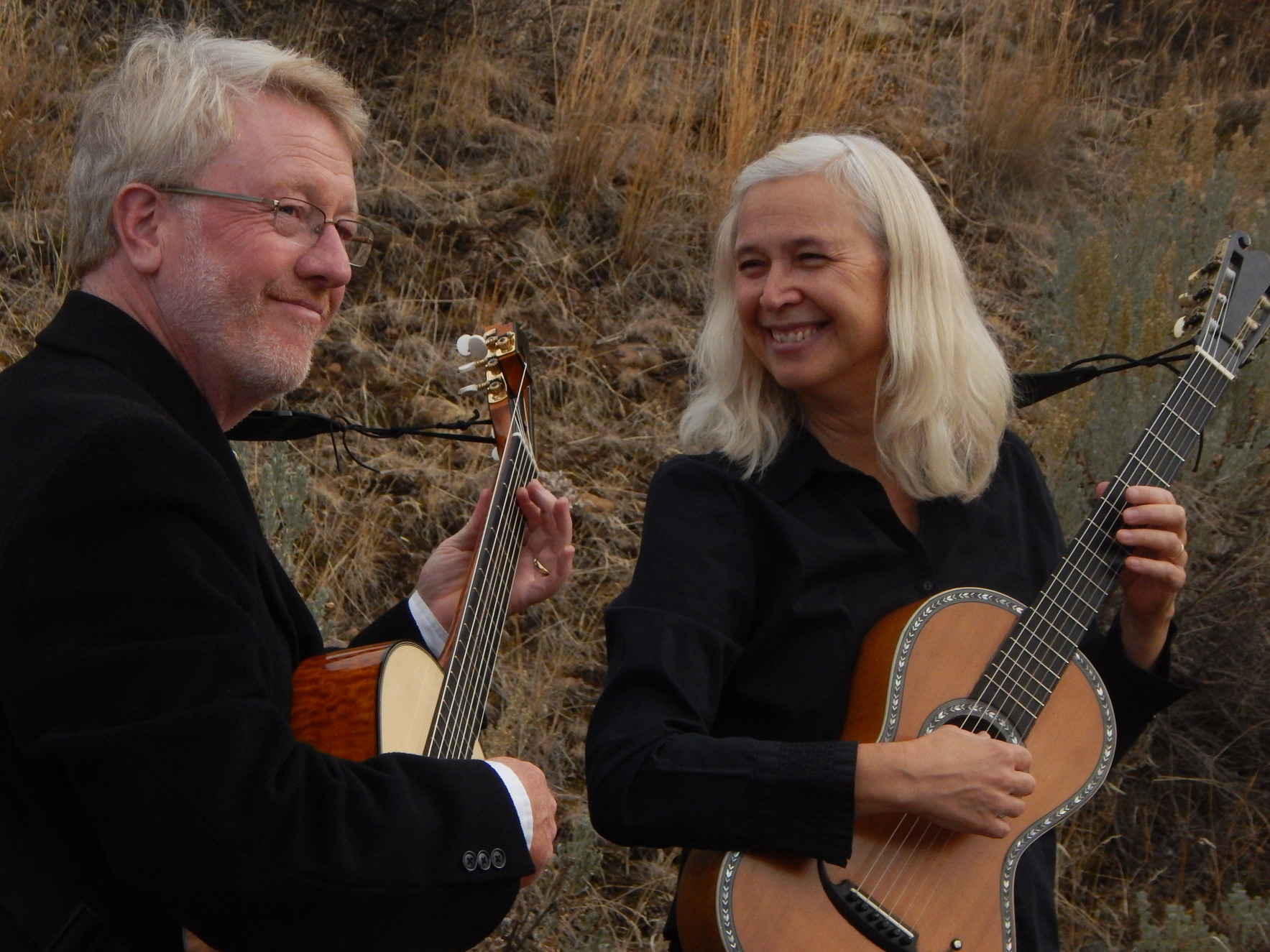 Help us raise $2,000 for the Palestinian Cultural Palace! Suggested Donation of $25

There are currently no tickets available for this event, but you can still make a donation.

Join the Rachel Corrie Foundation at the Gloria Dei Lutheran Church for a Benefit Concert with Neil & Tamara Caulkins September 14th at 7:00 PM. The Concert will be followed by a Reception for our guests to mingle, enjoy light desserts and learn more about what RCF is doing and how they can support.

Tickets are encouraged to be reserved in advance so we can estimate attendance. We're asking for a suggested donation of $25 per ticket, but is not required. Simply choose the ticket price that feels most comfortable to you! Please contact RCF with any questions or concerns about accessibility at (360) 754-3998.

All monies raised will benefit the Palestinian Cultural Palace, one of many Gaza Projects RCF supports.

Commissioned by and dedicated to the Caulkins Guitar Duo 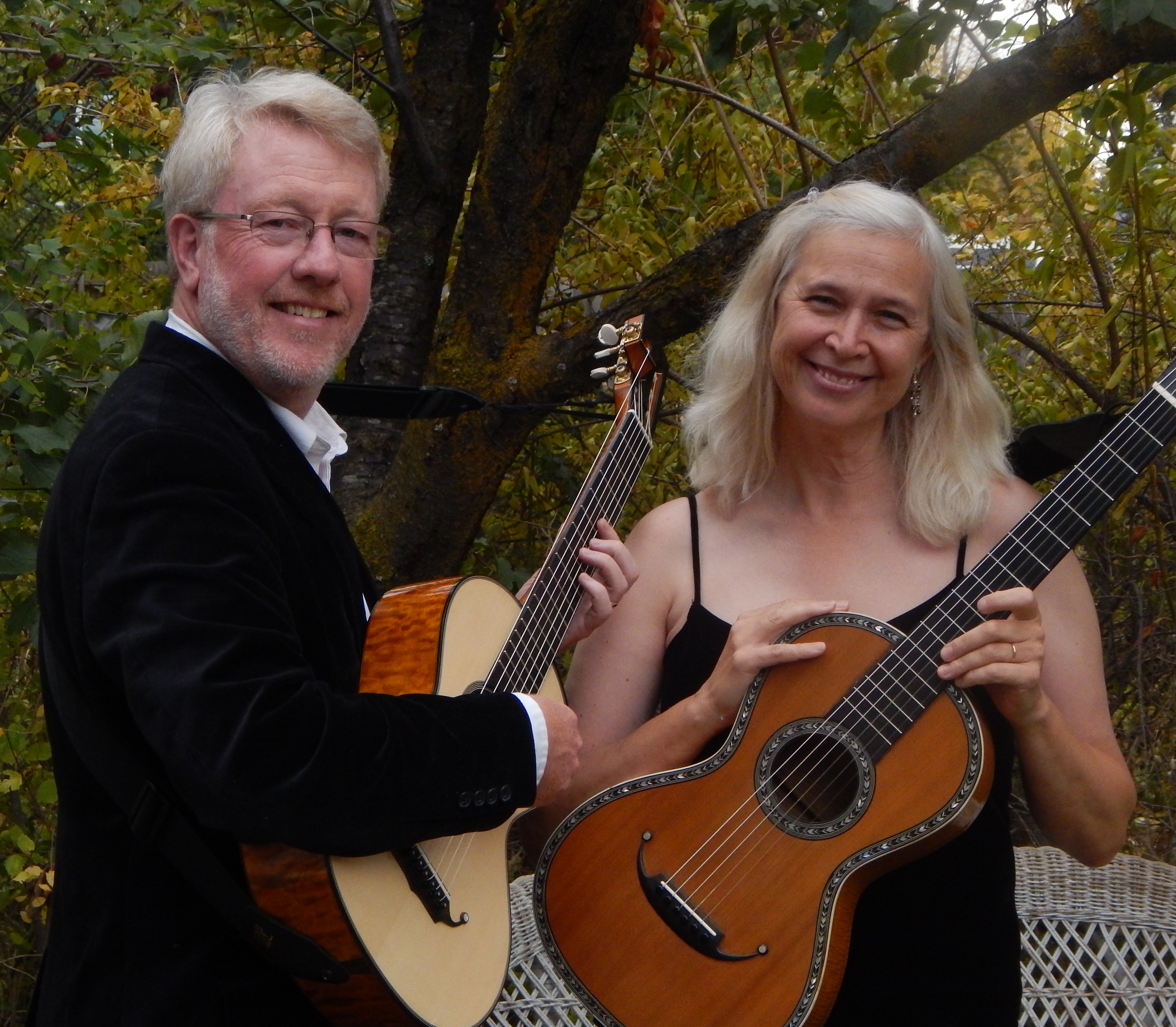 Neil and Tamara Caulkins have been playing guitar together since they met during a guitar ensemble rehearsal many years ago. They went on to earn masters degrees in music at the University of North Carolina – Greensboro. They then studied for a year at the Royal Conservatory of Music in Madrid, Spain, with maestro Jose Luis Rodrigo. They received scholarships to study at the international Spanish music festival in Santiago de Compostela and the Manuel de Falla International music festival in Granada. Upon their return to the United States, the duo recorded a critically acclaimed CD and pursued a rigorous concert schedule, including performances in New York, Calgary, and throughout the southeast and pacific northwest.

A forgotten manuscript of duets by Isidro de Laporta (fl. 1790-1820) on the shelves of the Royal Conservatory library in Madrid introduced Neil and Tamara to a wealth of early nineteenth century music for two guitars. They are currently bringing this repertoire to life through research in archival sources and a study of historically informed performance practices on early nineteenth century instruments.

Concert ticket sales and donations will support the Palestinian Cultural Palace project in Gaza, directed by Mohammed Baroud, supervised by the Women's Program Center-Rafah, and supported by the Rachel Corrie Foundation for Peace and Justice.

This Gaza project provides a cultural, developmental, and social gathering place for youth that aims to sustain and celebrate Palestinian culture and to support the hopes and dreams of Gaza participants. A team of male and female professional performers provide training in theater, music, dance, and creative writing. Youth develop performance skills, stage professionalism, and creative and constructive avenues for expression of feelings and energy, and are encouraged to develop strategies for pursuing the peace that will provide for a safe life. The project aims to support youth in developing their personalities, expressing their needs clearly before officials and decision makers, and to positively activate their role within the family and the larger society of their Palestinian homeland.

After the project facility and supplies were destroyed by an Israeli military bombing in August 2018, trainers have worked very hard to restore the spirit of the team and the work. Phase one of the 2019 project this spring targeted 120 youth ages six to twenty-two and culminated in a festival that included "new dance," combining hip hop, break dancing, and other international dance forms with Palestinian folklore “to convey a global message that the Palestinian people have the right to practice their art and culture like all other countries of the world."

The project indirectly targeted 5000 people, including performance attendees, those reached through networking with local institutions, associations, and schools, and coordination with local and international media. Festival attendance exceeded 2,000 people and included more than 350 youth participant family members. The project awaits funding for phases two and three which will take trainers into Gaza schools and communities to work with youth to create a "Colors of Peace" art exhibition and to engage thousands of Gaza youth in creating "Birds of Peace" messages and drawings.
To support this project, join us for the musical benefit September 14th. If you can't make it, you can still help by donating here. Donations can also be made by check to the Rachel Corrie Foundation. Put "Gaza Projects" or "Palestinian Cultural Palace" in the subject line and mail to the Rachel Corrie Foundation, 203 East 4th Ave, Suite 402, Olympia, WA 98501.

You can support us by making a donation!